Set in Northern Iran, ‘Vanoosh Villa’ is a three-part, private residence completed by 35-51 ARCHITECTURE office. Adorned with a net-like, timber structure, the project expresses an indoor-outdoor lifestyle that is simultaneously new and rooted in tradition. 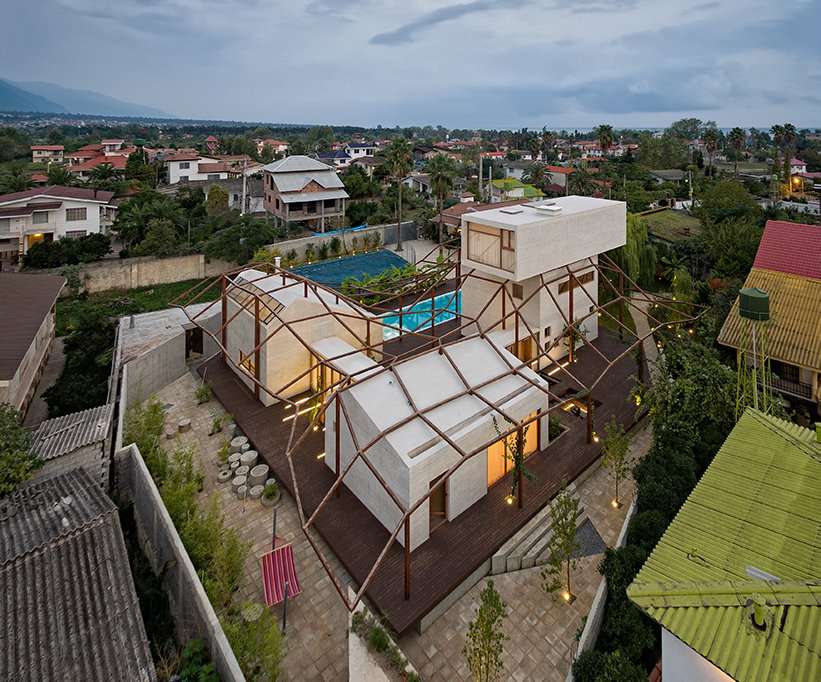 offering privacy, a limitless area, and a safe room

Elaborating on the practice’s comment, ‘Vanoosh Villa’ responds to three needs: evoking a limitless area, creating a safe room, and offering privacy. Based on those requests, 35-51 ARCHITECTURE office (see more here) laid out the building volume rather innovatively.

Starting with the request for a ‘limitless area’, the architects expanded the villa’s territorial reach by breaking it down into three distinct zones, relatively distanced from one another: a place to cook, a place to sleep, and a place to socialize. While serving separate functions, all three blocks are connected by corridors, allowing residents to flow from one space to another easily. These corridors are fitted with removable walls to accommodate the different seasons and alternate between separating and connecting the three blocks. The latter also provides better ventilation by letting prevailing winds come in from the northwest to cool down the entire villa during the summer heat. 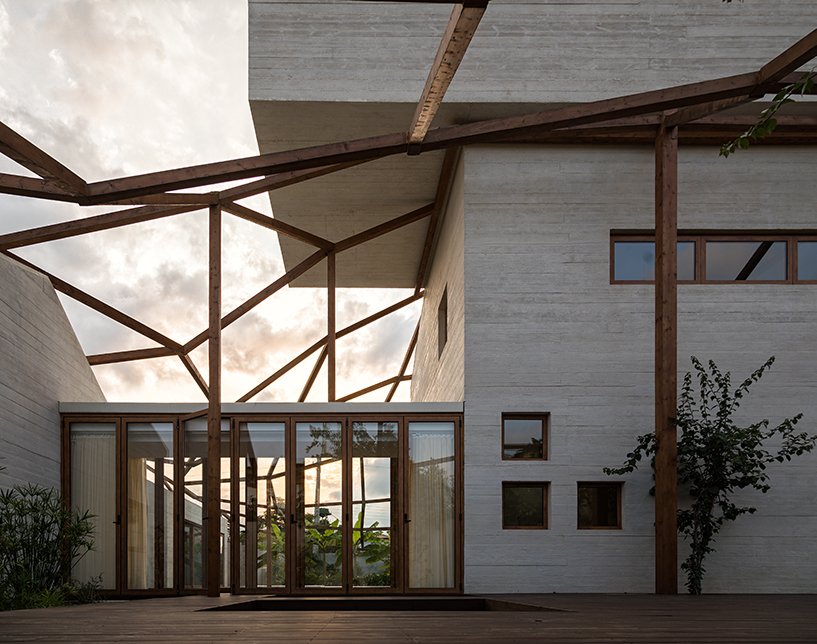 Moving on to the second request, the architects included a ‘safe room’ designed like a small, independent villa that sits much more discreetly within the overall layout.

As for privacy, the three separate blocks were organized in such a way as to provide cozy and intimate spaces for residents to enjoy. The semi-open wooden canopy is another attempt at privacy by ultimately filling it up with climbing plants to create a green, visual buffer that extends to the neighborhood. ‘One may say that what we were looking to create private spaces that are open to the nature and surrounding environment. It opens to welcome you and closes to defend,’ concludes the team. 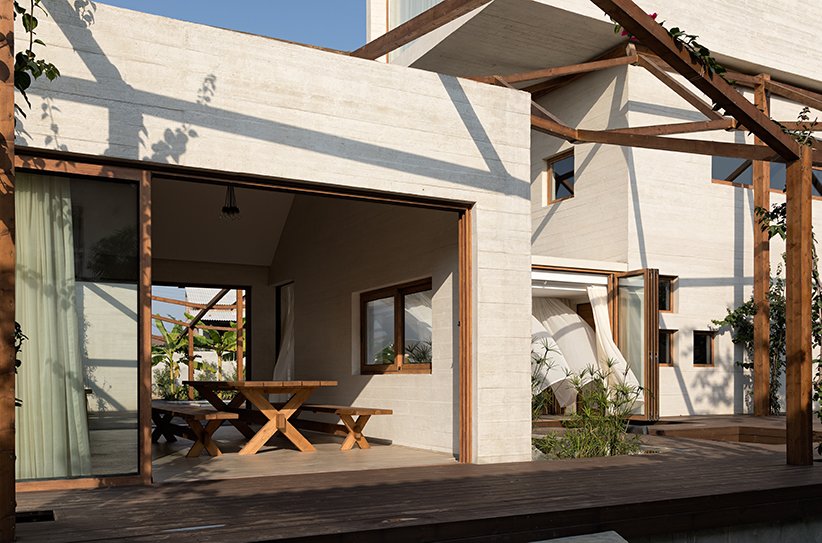 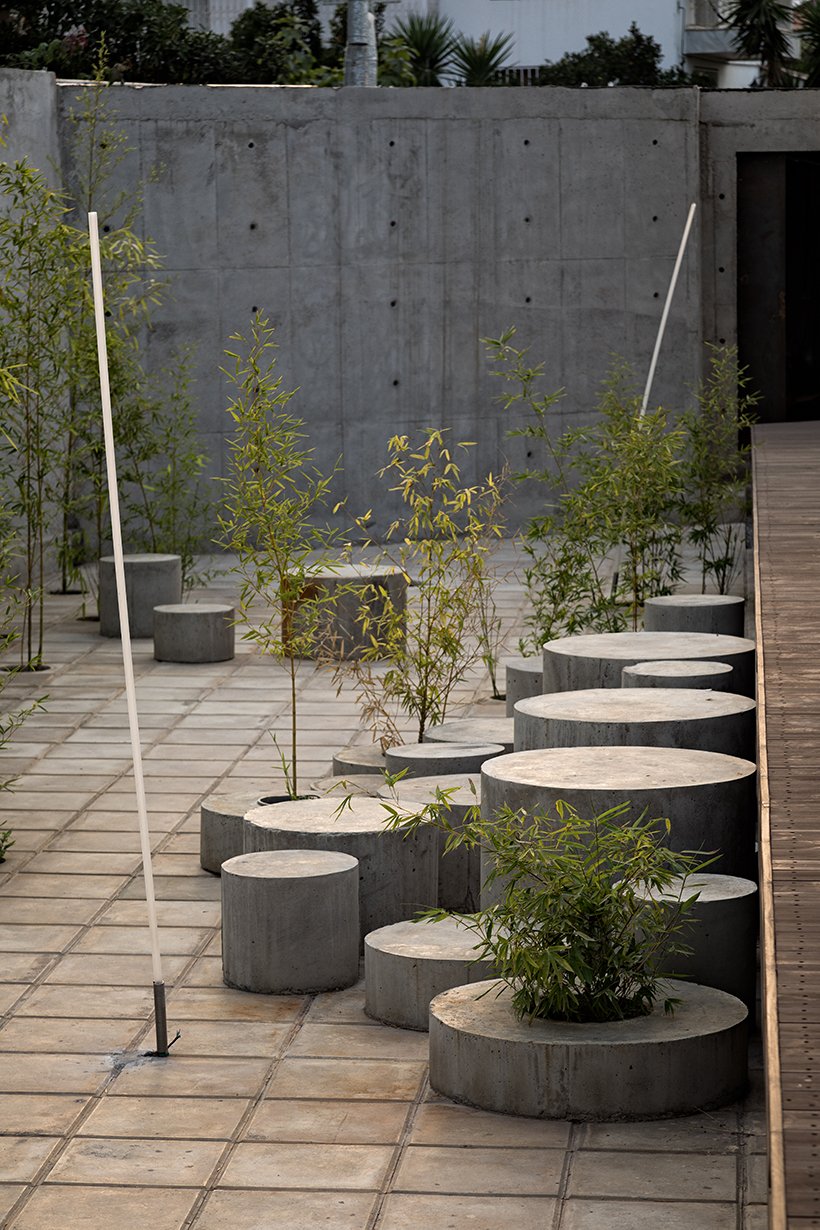 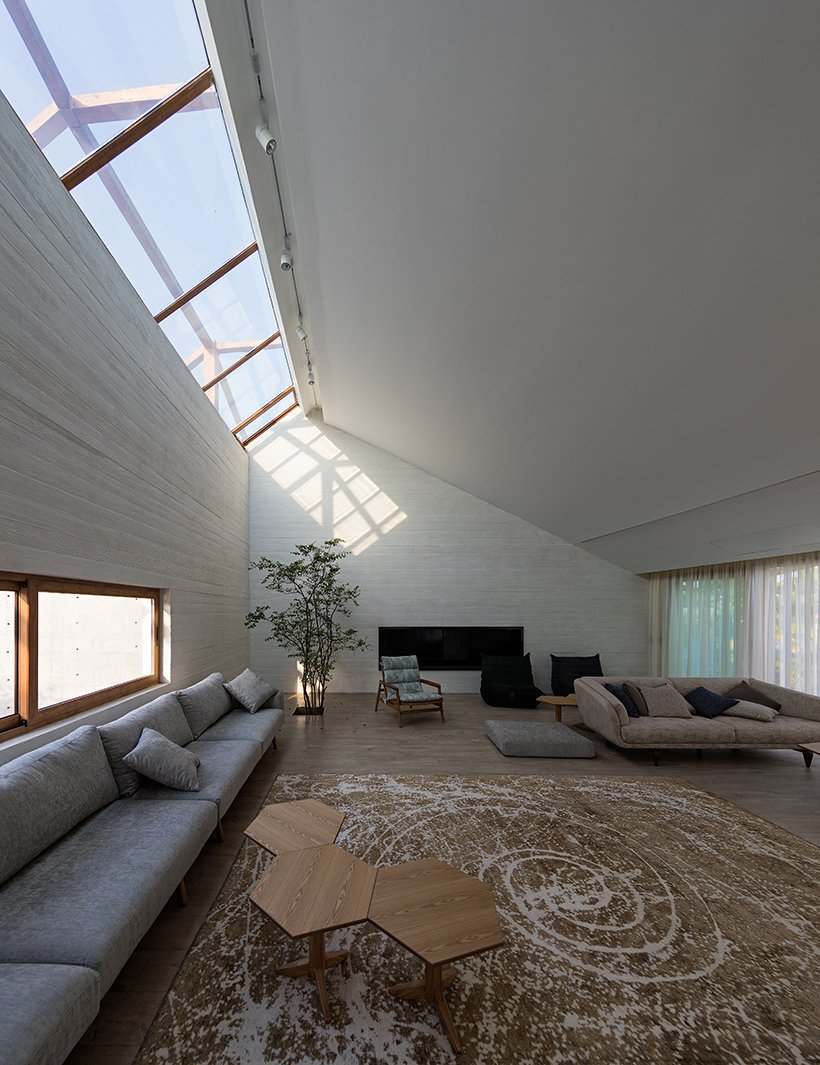 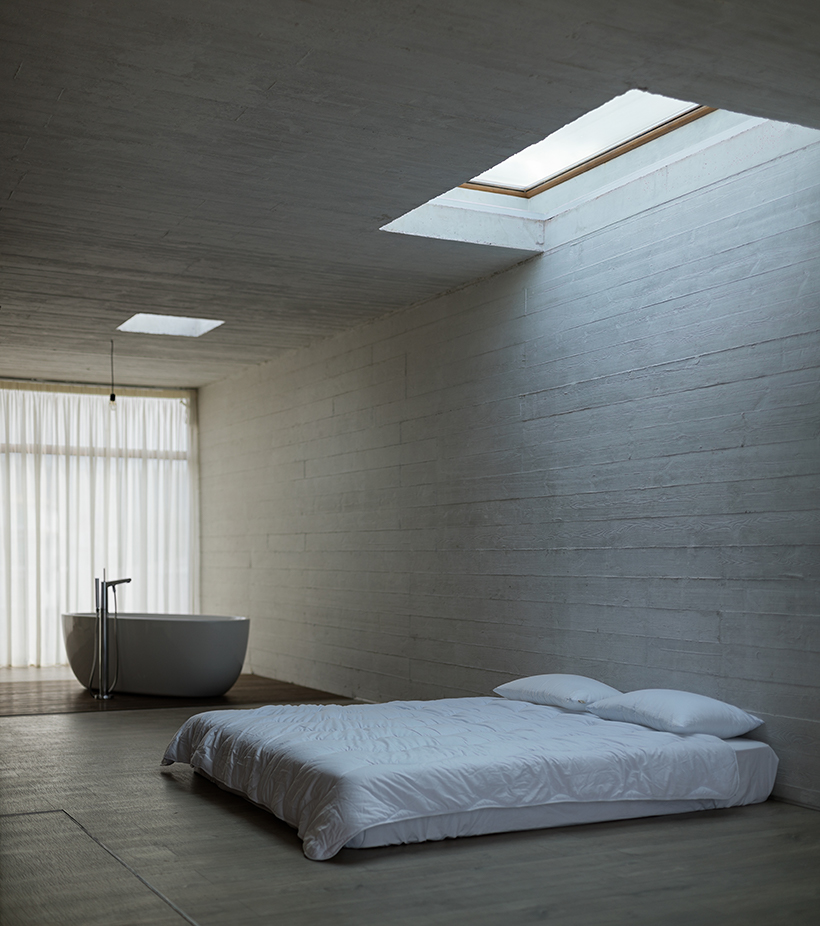 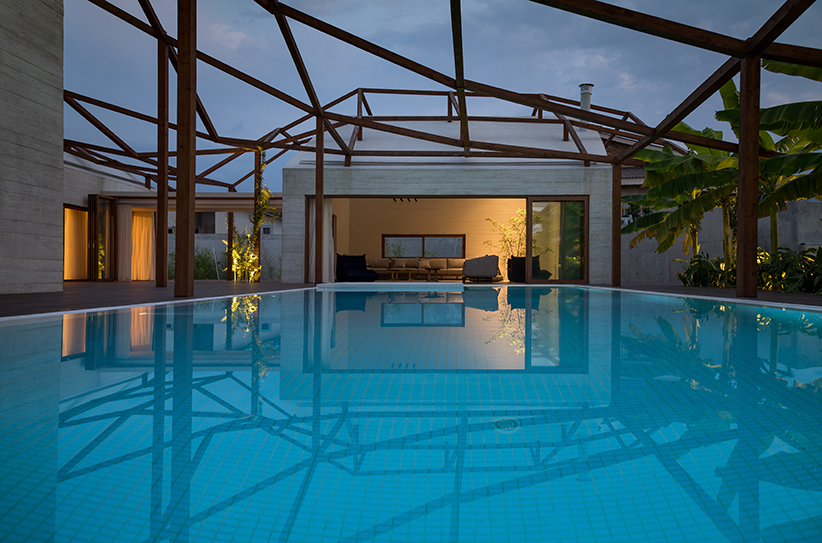