The plans are ready, the building lot is available. All that’s left to do is break ground. Here are the construction projects that are just waiting to get started.

Building a house is a big project: you need good plans, the right land, the right permits and the money. But despite the obstacles and risks, the dream of many people is to one day build their own home.

If you’re one of those people who have the financial means, but not the design and architectural sense, you may be interested in what follows. We’ll show you four properties (and one other interesting project) that are just waiting to be built. The architects have already done a lot of work – all that remains is to find the person who will finance the construction, or issue the necessary permits.

“Mines Park” by A6 Architects in Cambridgeshire, England 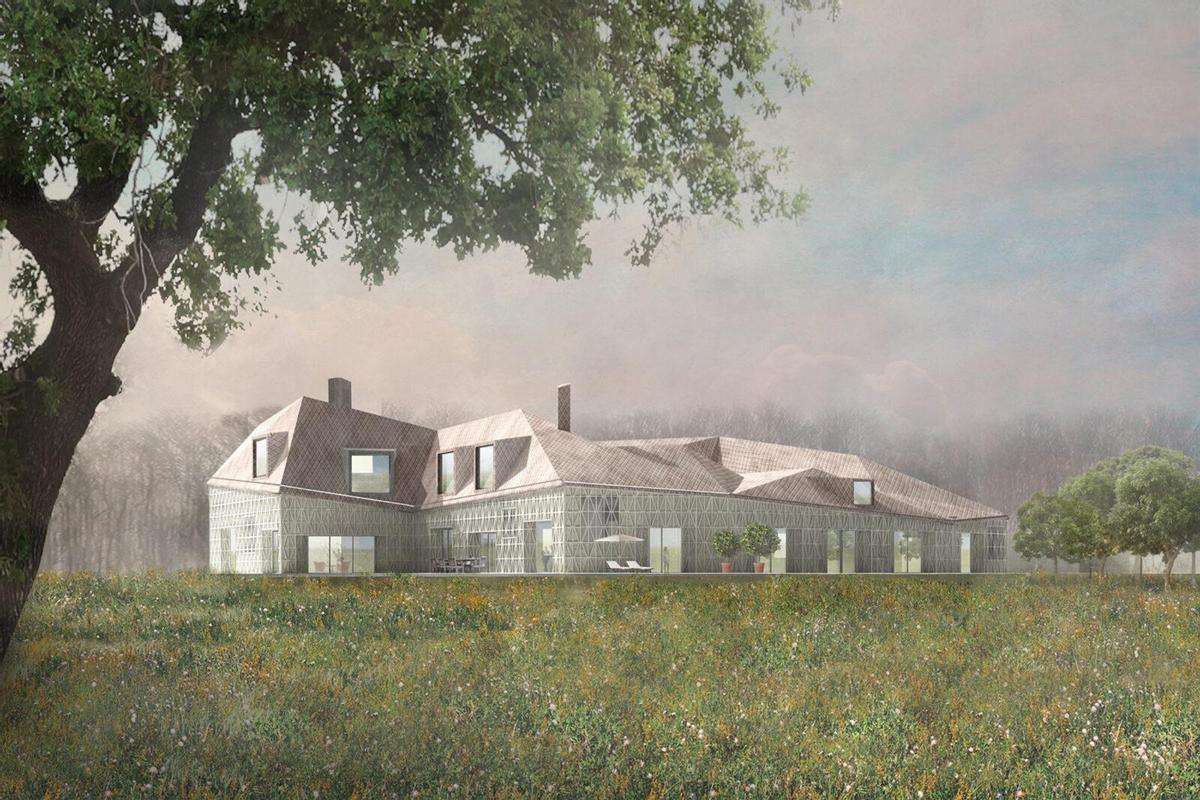 “Mines Park” is a 40-hectare site. There is already planning permission for a “modern farmhouse” designed by Tom Emerson of A6 Architects. The property, which combines modern materials with traditional 18th-century construction methods, will have 1,100 square meters of living space on four levels.

Highlights include a two-level living room, a private terrace for each bedroom, and a grand view of the huge grounds. There is also a pool, a fitness room, and an underground garage. Next to the main property, there are plans to build two guest houses that will be surrounded by an herb garden, a greenhouse and an orchard. The cost: three million pounds sterling for the land and plans.

The “Villa Wolfspfad” by Rainger Görg Architekten in Bad Soden 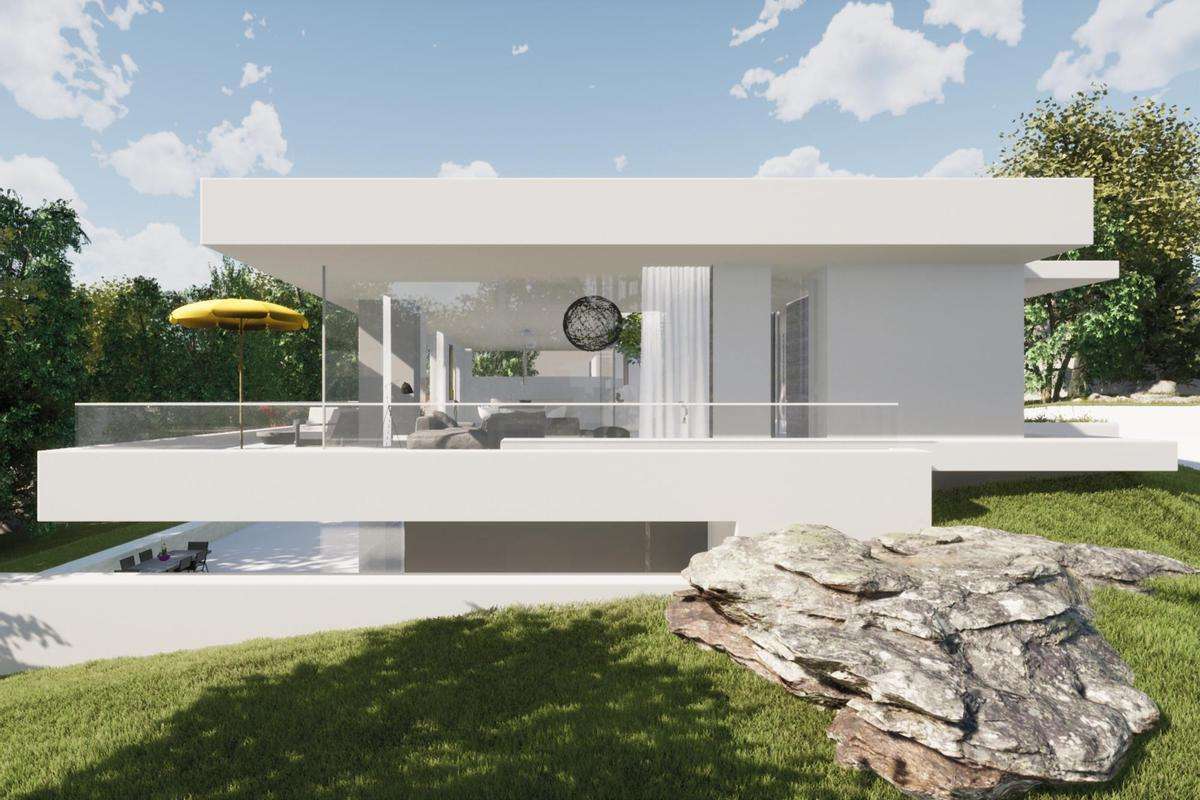 Frankfurt am Main is an important financial center, one of the few cities in Europe and the only city in Germany that allows the construction of buildings in the city center. Hence its nickname “Mainhattan”, in reference to Manhattan and its skyscrapers. The property, which is currently awaiting an investor and will be located slightly outside Frankfurt, is not a skyscraper, however.

The “Villa Wolfspfad” is rather oriented towards the modern architectural style of the Bauhaus, which we know from Walter Gropius. It is supposed to be built in Bad Soden and looks like a particularly elegant shoebox. On the first floor there is an open living room with a tree-lined atrium. Next to that, there is a private bar, a fireplace and a huge roof terrace. In addition, there is separate accommodation for employees, as well as a large wine cellar. The cost: 1.6 million euros , excluding construction costs. 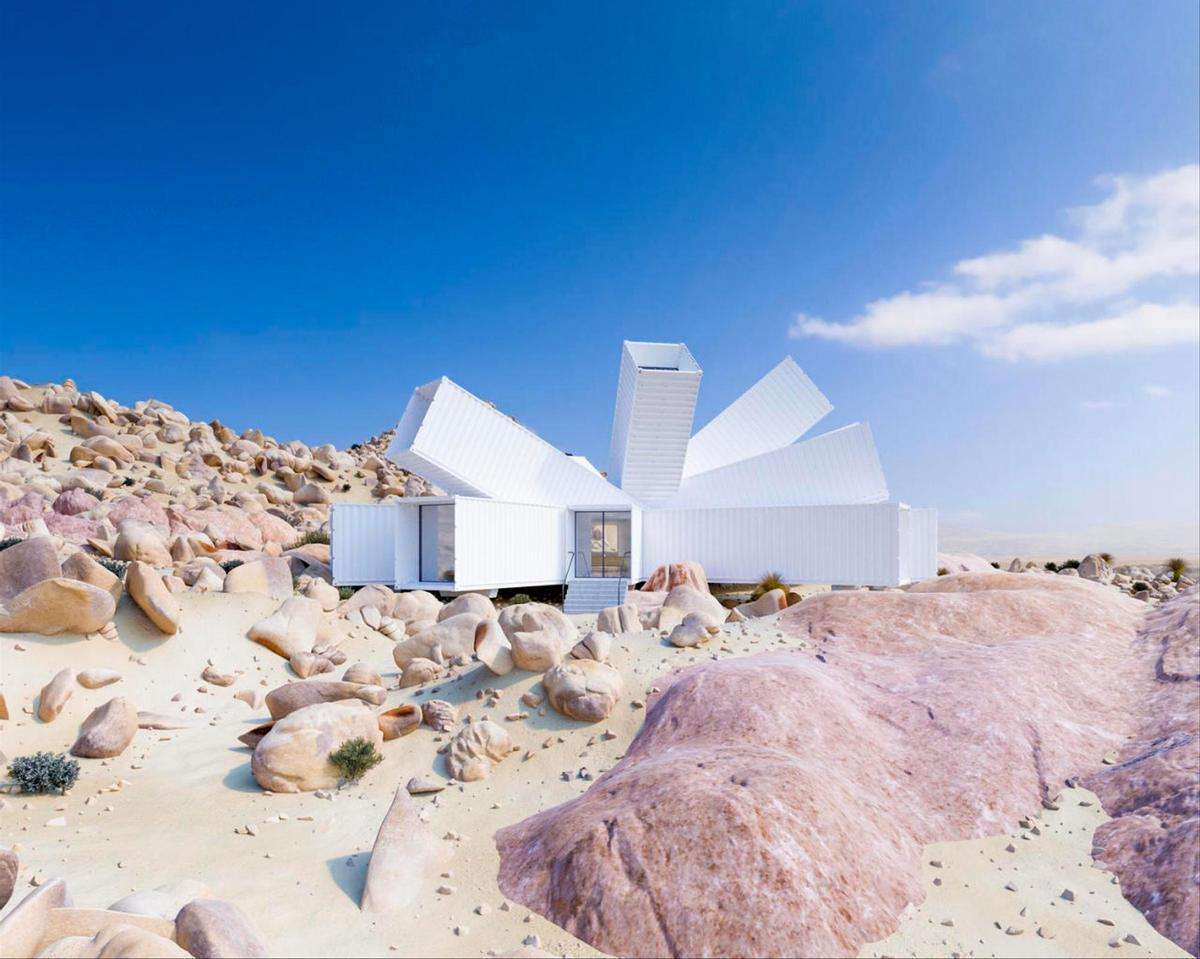 The “Starburst House”, by architect James Whitaker, is an unusual and futuristic design. The property consists of containers that meet in the middle to form a large living space from which several arms extend, housing other rooms. According to James Whitaker, the building is also meant to be reminiscent of a spaceship.

One of the highlights of this house is the view. It will be built on 36 acres in Joshua Tree National Park, California – far from the action, but wonderfully secluded. James Whitaker would like to start construction mid-year. Whoever buys it now can still put their own spin on it. The cost: $3.5 million. 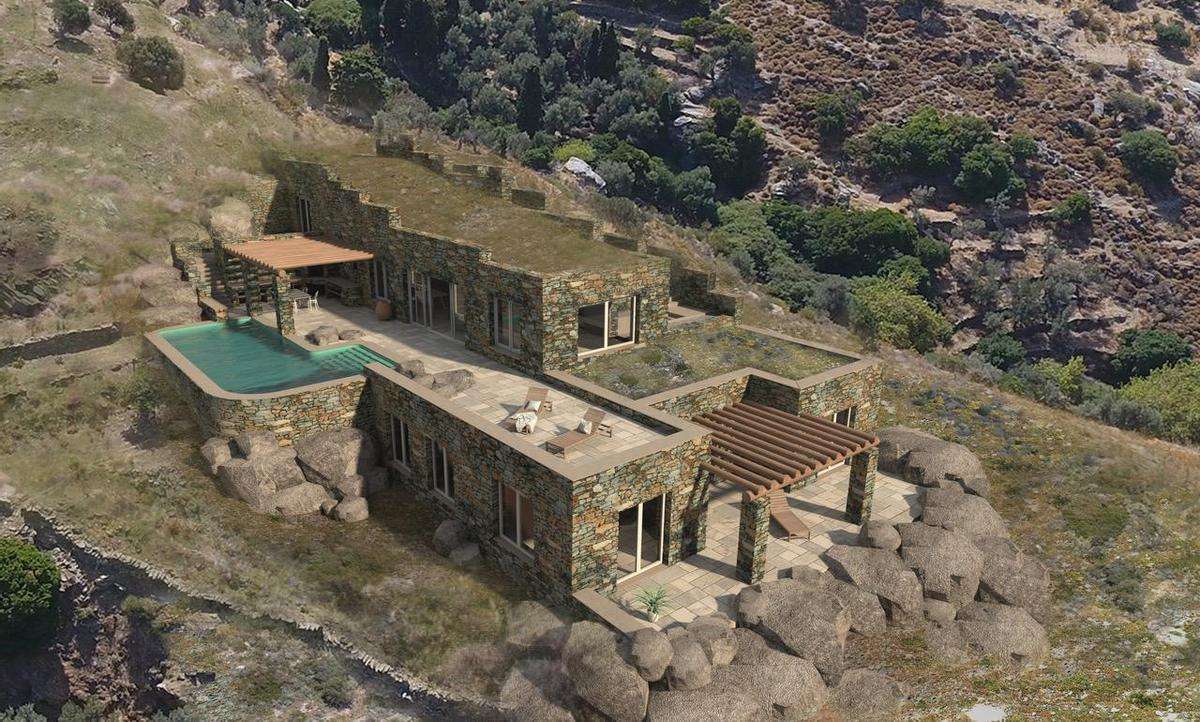 Not only is this property a blast, but it will be located in a fantastic hillside location on the Greek island of Andros. The villa blends into the rocky terrain and offers a fabulous view of the sea. And the plans are only available to serious potential buyers, but you can get a glimpse on the website.

The plot is 4000 m² and is located only a hundred meters from a private beach. Hawks Nets, with a total area of 300 m², will have six bedrooms and a heated outdoor pool. The price is available upon request. And the building permit has already been issued.

The “Haus zum Falken” by the architect Santiago Calatrava 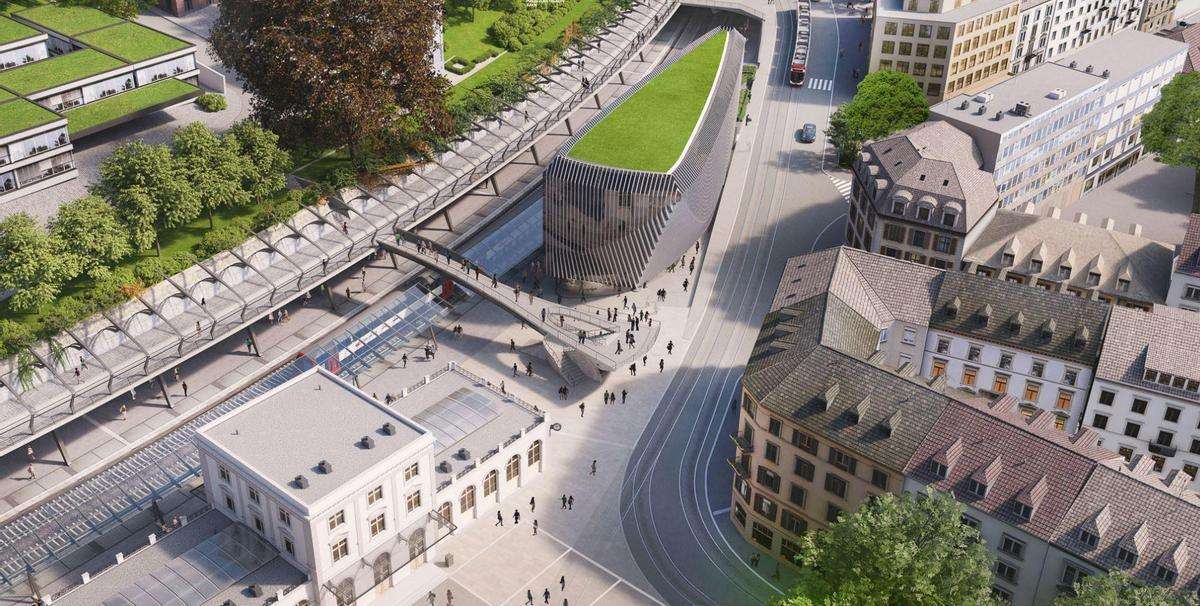 In Switzerland, spectacular buildings are also planned. The “Haus zum Falken”, by the architect Santiago Calatrava, is to be built near the Stadelhofen railway station in Zurich. It is an office building, intended to accommodate AXA employees and also aims to solve the problem of bicycles in front of the Stadelhofen station. The building will have 1,000 underground bicycle parking spaces.

Construction was originally scheduled to begin last spring, but due to the coronavirus, the start of construction was delayed. Construction is expected to start in the second quarter of 2021. The cost is 43 million francs.