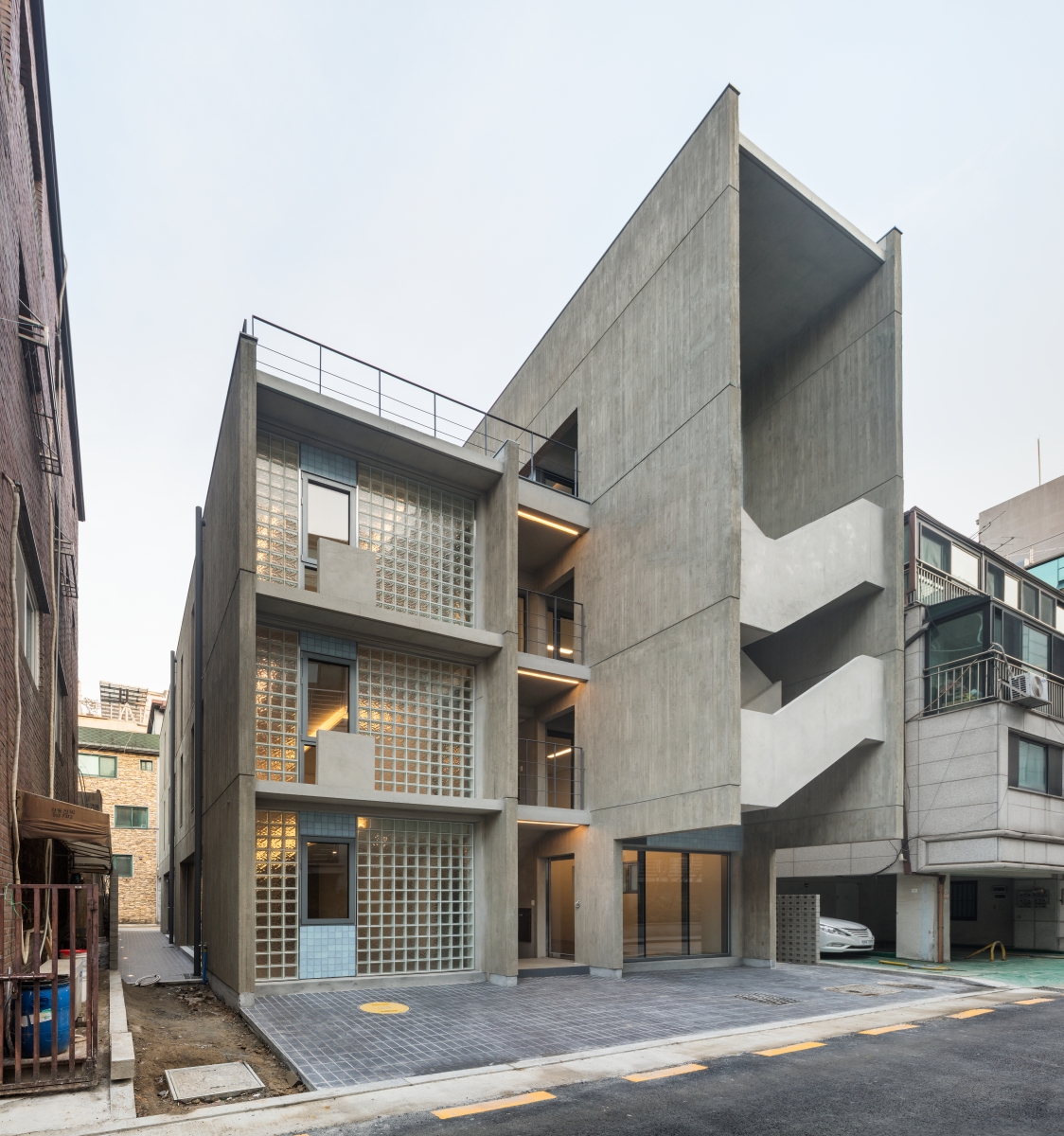 Architecture created by lot typeIn most cities in the East and West, long parcels prevail, but Korea, which focuses on incense, has square pieces. In a rectangular plot the road is inevitably fixed as the main direction, while in a square plot the south direction can be found by the way the architecture is located. In an apartment building originally composed of 20 byeong, Gangnam Retro has a new type of L-shaped piece that is not three or square, in which the 40 byeong already joined and another 20 byeong pieces have been combined into one piece. Hyeonah Jeong resolved these circumstances in a new way, but it’s not new. Originally, this place faced a small back road and had 2-3 floors of houses and living facilities in the neighborhood. Currently, this scene is completely collapsing with great pieces emerging through synergy. Gangnam Retro wants to reproduce the scene again. This L-shaped group is divided into 20 beyong units to create an image of a building, and this protects the fading urban landscape. It is really retro. 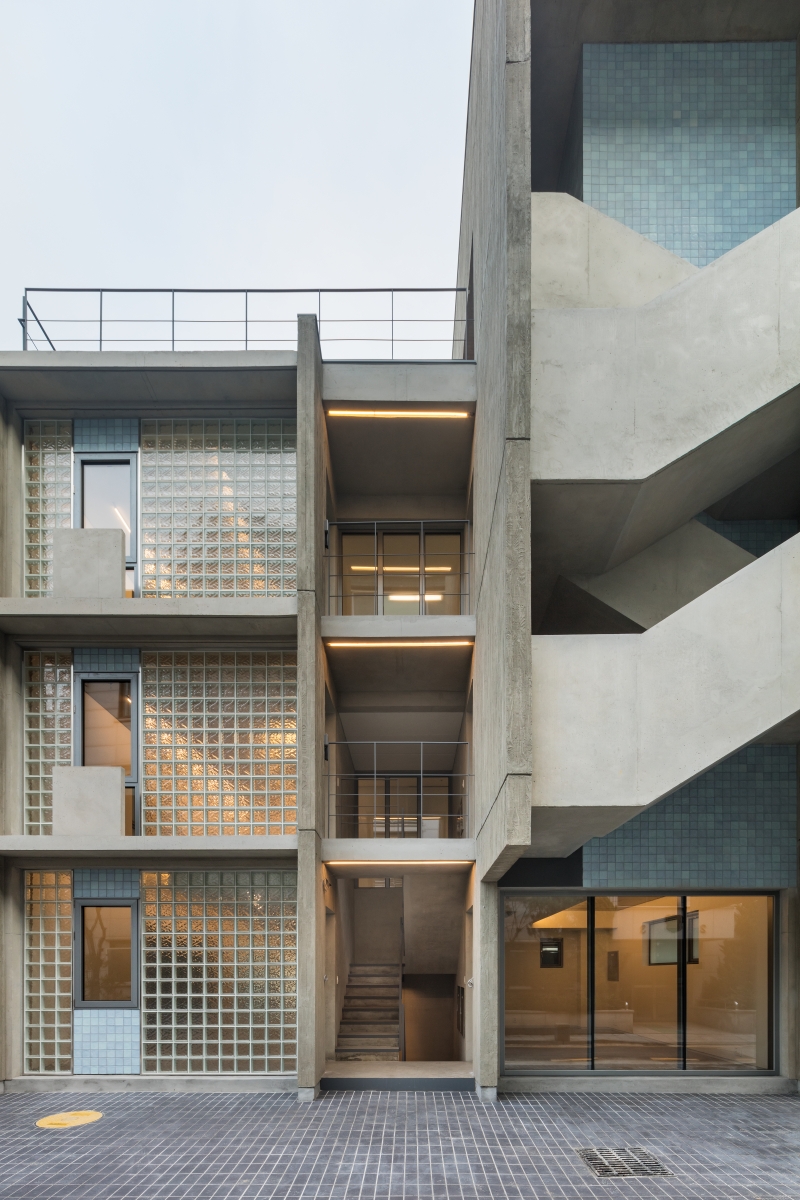 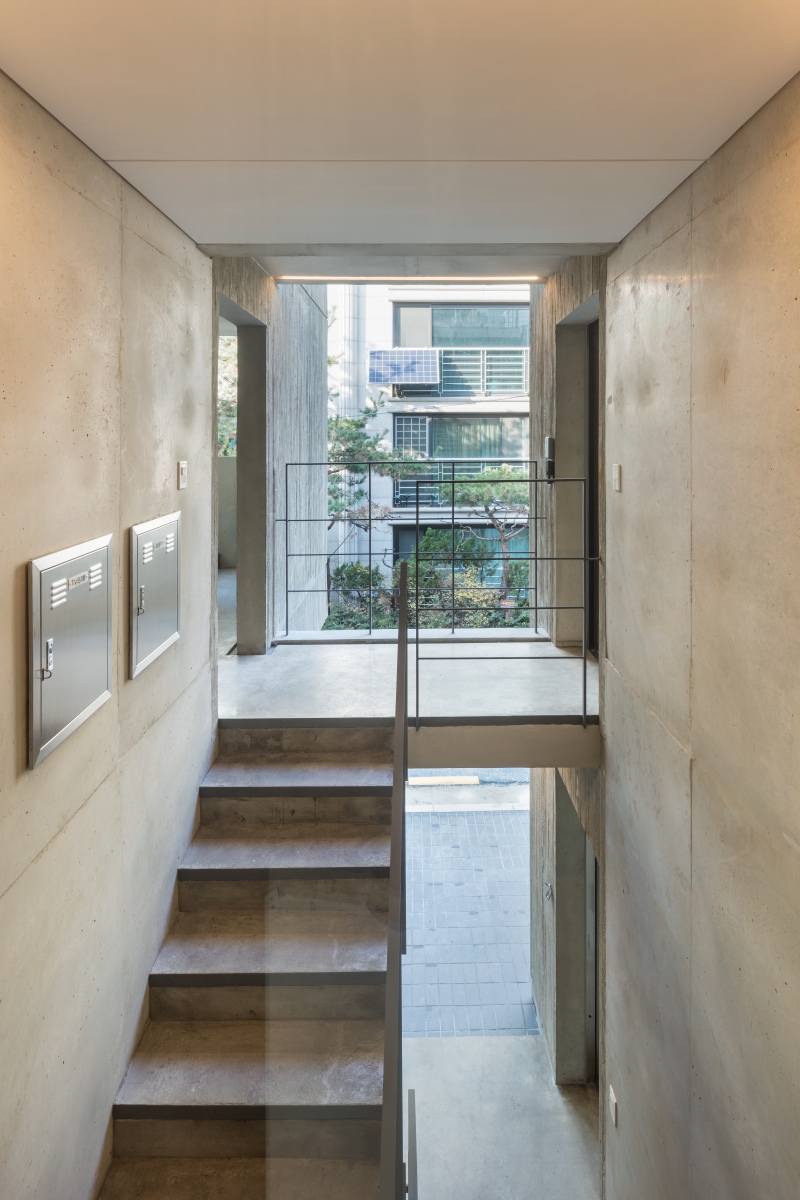 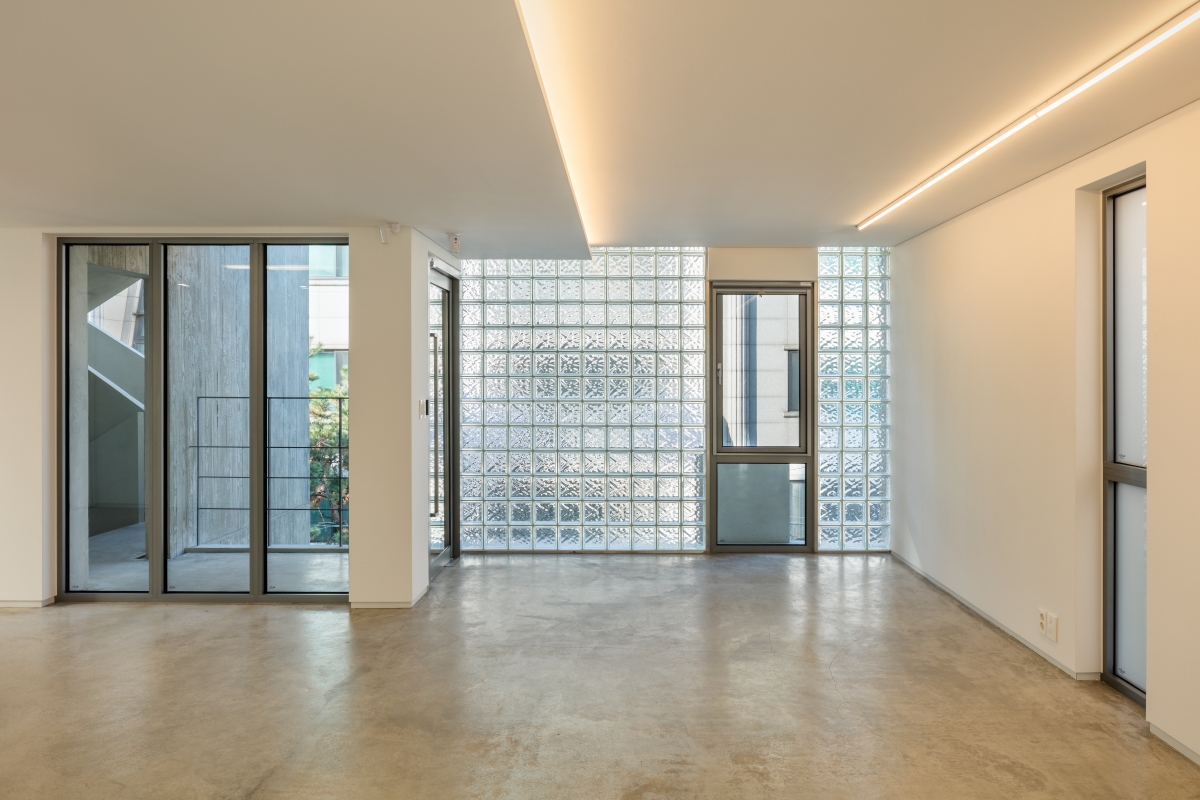 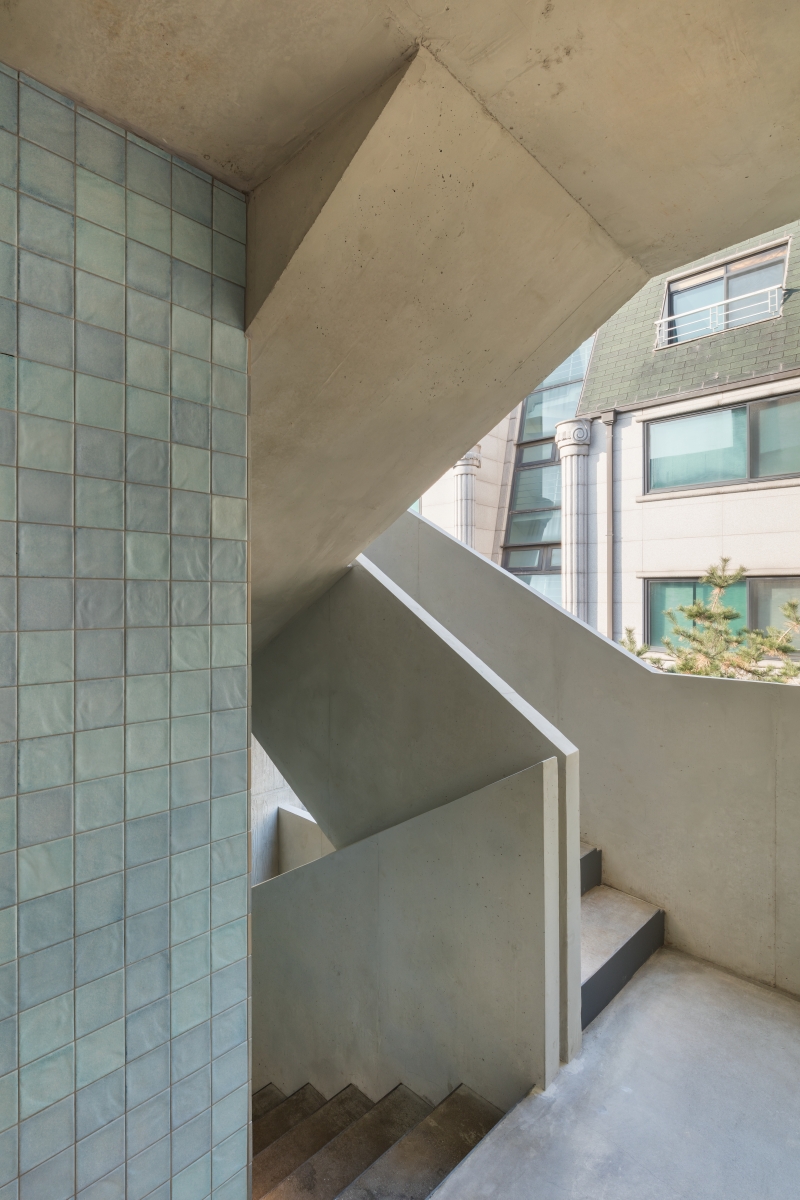 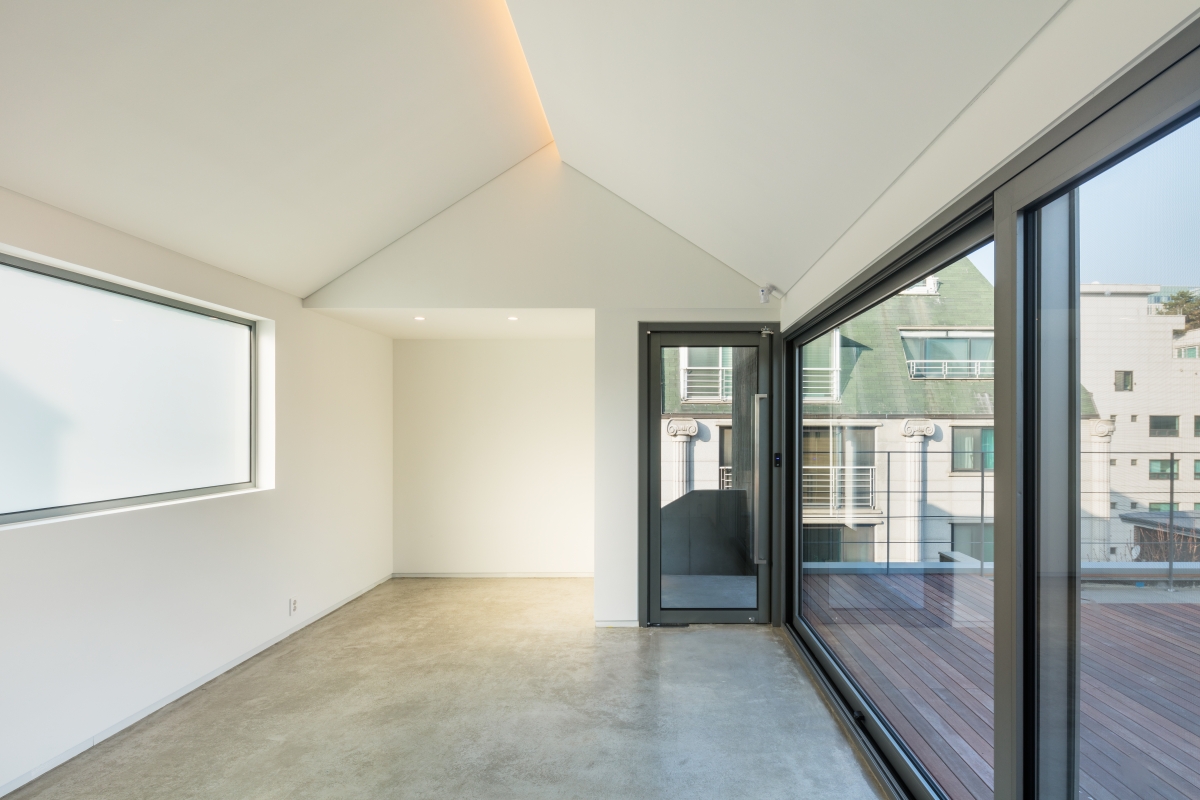