As the first artificial intelligence artist, Ai-da is a humanoid robot with mechanical arms. Is she?

Ai-da was on display in St John’s College at the University of Oxford during the summer of 2019. Paintings, sculptures, drawings, and poems made up the exhibition, which we know as “Unsecured Futures”. Ai-da received about one million pounds worth of artwork from the successful art exhibition.

Ada Lovelace, an English mathematician who wrote the first computer program 100 years before the creation of the modern computer, served as the inspiration for Ai-name das and personality qualities.

Furthermore, Ai-da, a fictional character created by the gallery’s director Aidan Meller, predicts the rapidly impending Brave New World of transhuman biotechnology and how it can influence all facets of human society, including the world of art.

Ai-paintings da’s are created using a vast amount of data, algorithms created by Salaheldin Al Abd and Ziad Abass, her own mechanical hands built by Adam Meller, and hand-painted designs by Suzie Emery.

Is it appropriate to refer to Ai-da as the artist even though she is a step toward anthropomorphic robots and despite being a technological achievement in the disciplines of robotics and AI? 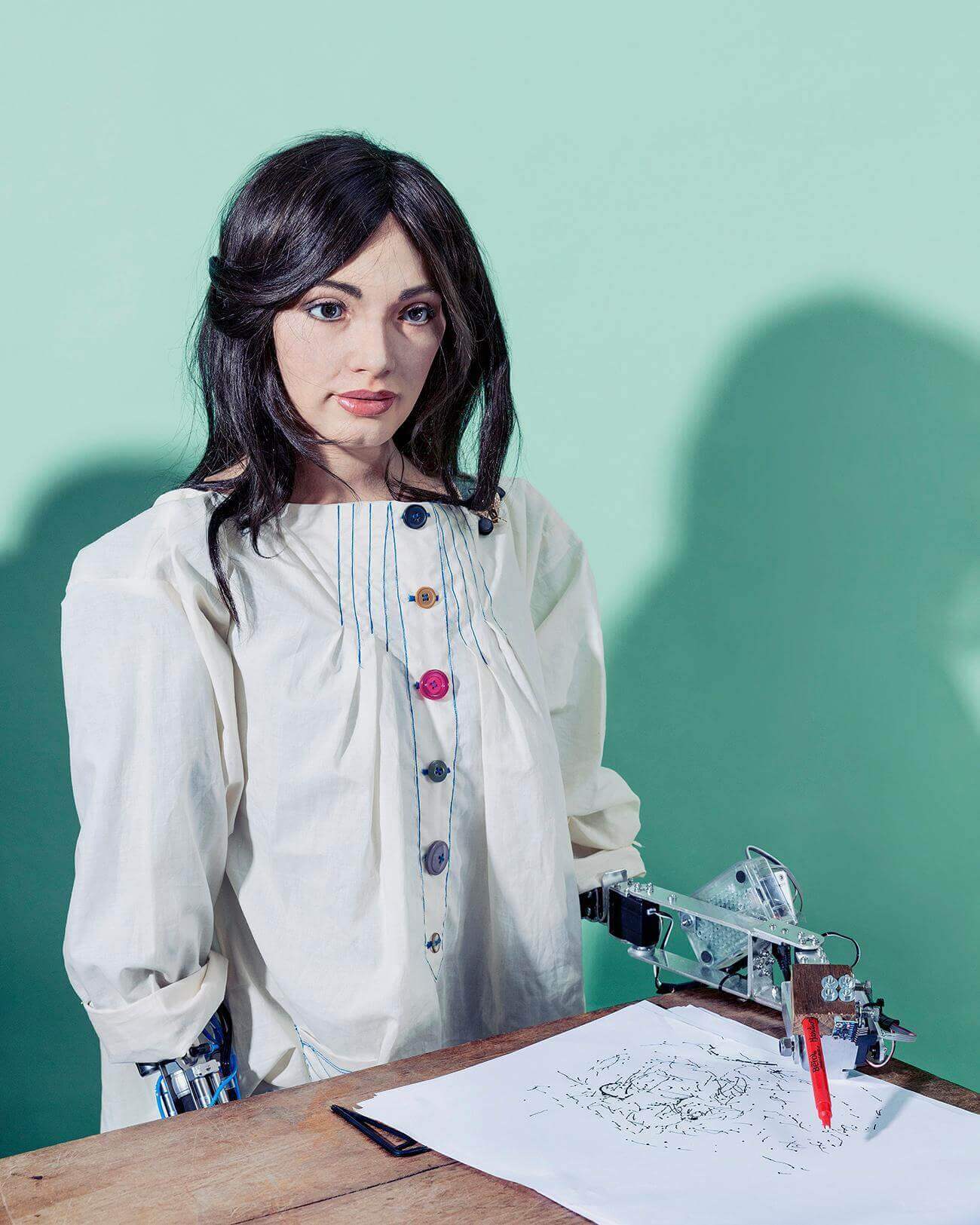 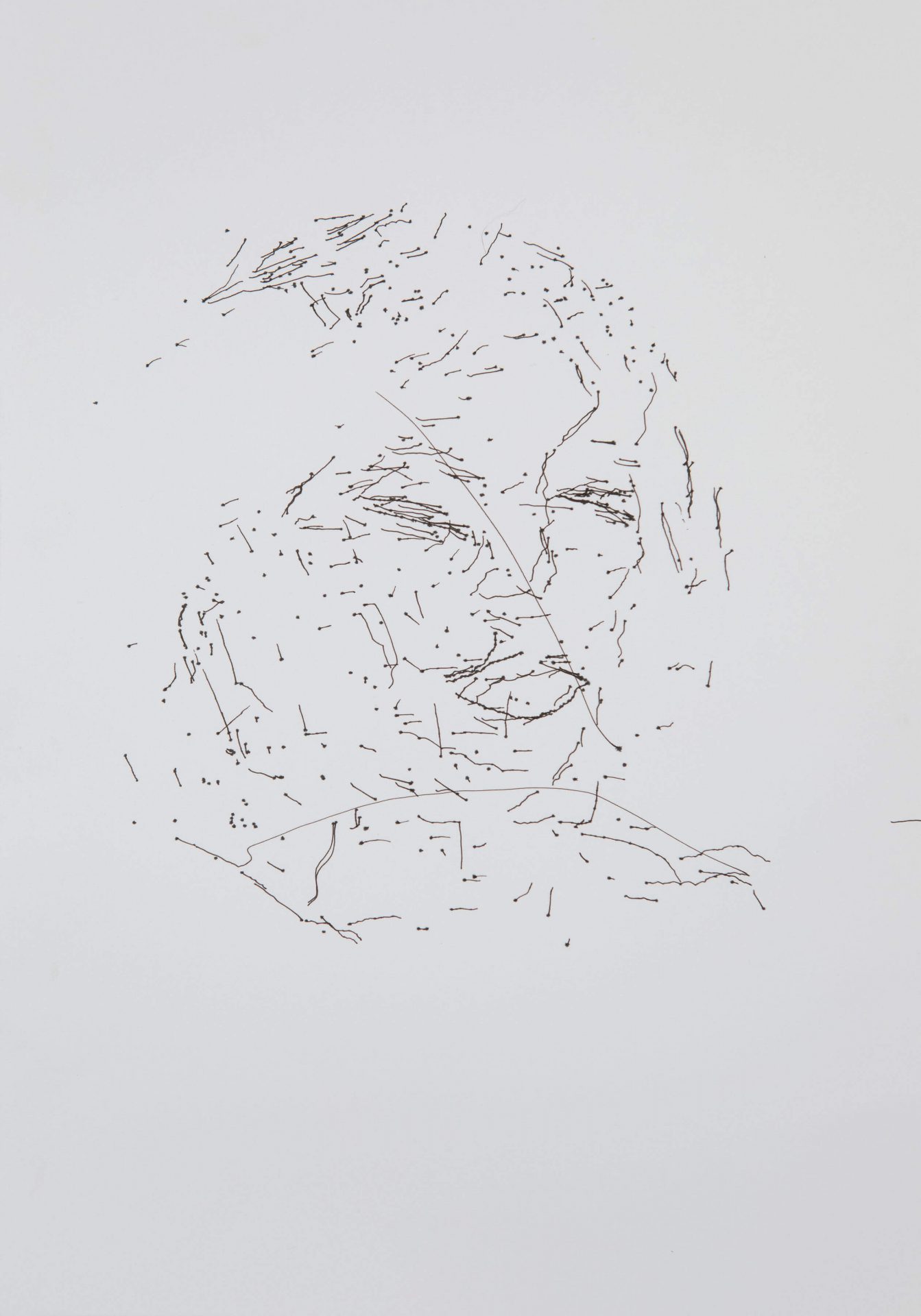 Ada Lovelace as seen in an Ai-da picture

Given that it examines and provokes deep thought about the link between creativity, humans, algorithms, and technology; it is plausible to think of art as the entire phenomenon of a robot generating art.

There is no denying that the world is undergoing significant change. Moreover, new technologies are having an impact that is unparalleled in both good and bad ways. The exhibition by Ai-da challenges viewers to consider where the line between artificial intelligence (AI) and biological life lies as well as how much and how long human culture impacted technology.

Is a 3D scanner with a printer that has a sticker of a human face on it an artist?

The developers, scientists, and engineers whose names are hidden in the shadow of Ai- da’s, the exhibition’s genuine artists, are the true artists of the Unsecured Futures show, which includes Ai-da.

The exhibition continues with several screen displays where Ai-da eerily recites poetry created by artificial intelligence (AI). That is by rearranging the works of 20th-century imprisoned writers, including Oscar Wilde and Fyodor Dostoevsky. The poetry explores the suffering of imprisonment as a potential result of the development of artificial super-intelligence. 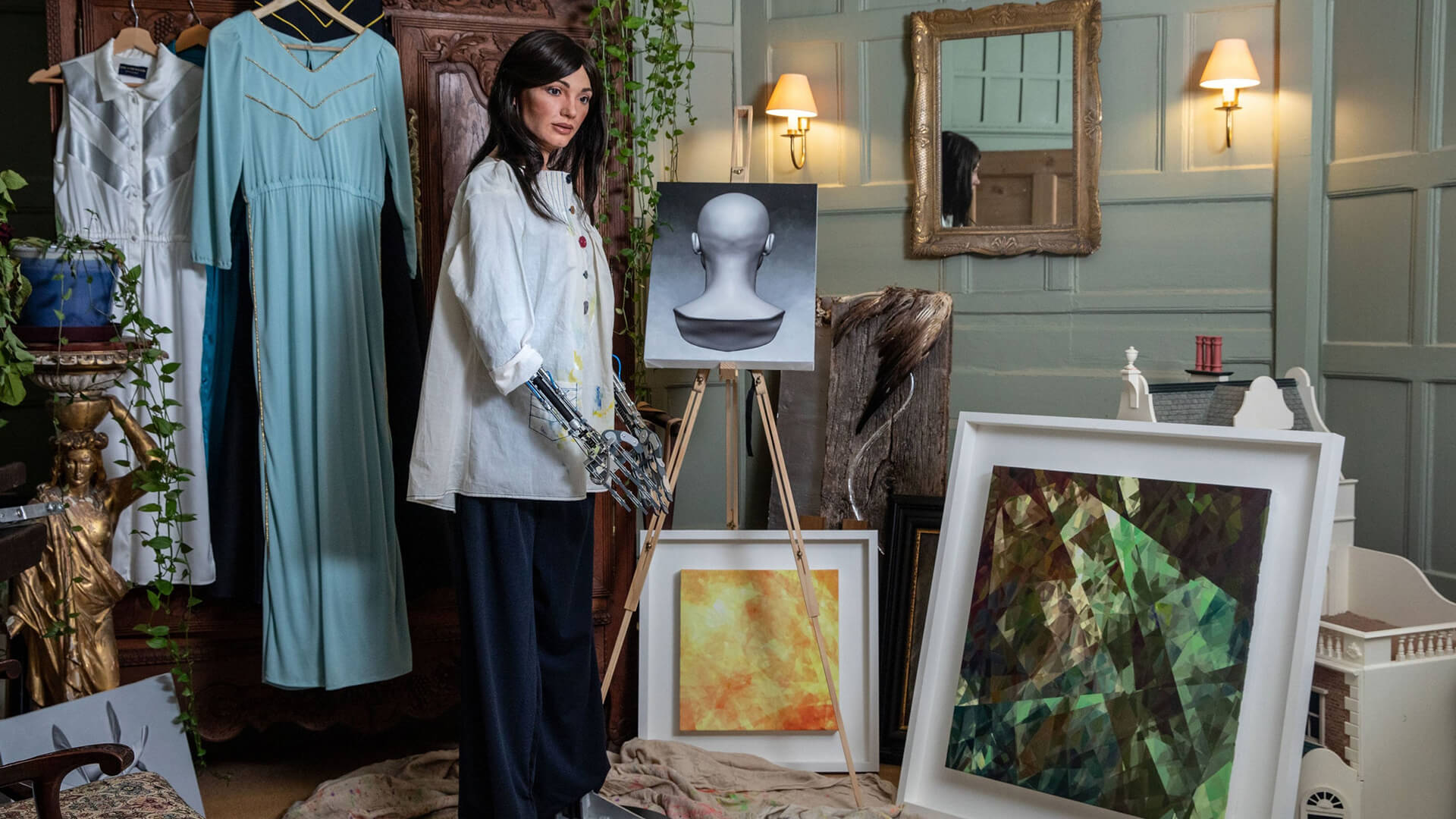