The international architectural organization YAC announced its results in the architectural competition specialized in designing hotel ideas for tourists in the North Pole. Micheli and Dagur Eggertsson, among others, are a nation’s architectural jury in the world of modern design and architecture.

In its penultimate version of this year, the competition dealt with the dilemma of developing an area in the North Pole and designing an area on the basis that it is a hotel for tourists, since the North Pole contains a distinctive package of cosmic properties that no other site contains, such as the colorful sky, which is characterized by overlapping colors in a unique way makes it interesting to be among the goals of any person for tourism to witness these unique phenomena, and this is what prompted the designers in the competition to develop the viewing angle and compete to make many and distinct areas to look at and watch the phenomena of the sky. 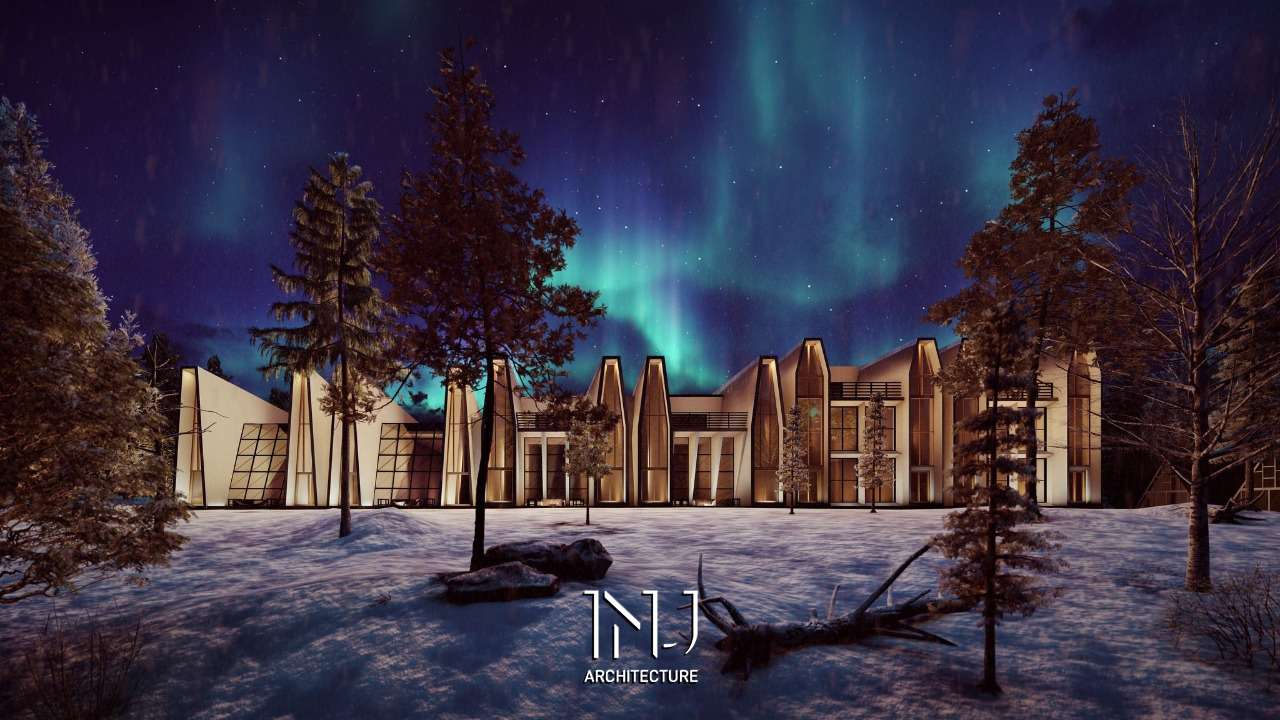 In this context, the office of the Saudi architect Ibrahim Joharji participated in the architectural competition, through their design of the Neb Arctic Hotel, where the idea of ​​the architectural design tells the ceiling ripples of organic architecture and the method of wrapping the ceiling with panoramic shapes that enhance the function of vision towards the sky in the evening times, and the architectural design, which was presented by the Saudi architect is an outgrowth of the theory of the use of ripples in sand formations, which is similar to the idea of ​​snow floors and is opposite to them in terms of properties and heat.

From studies and a strong and deep architectural idea, he achieved first place in the finals, and they were not lucky to win the competition, but the most beautiful thing is to watch the idea of ​​architectural design and the method of integration and architectural development and compare the stark contrast between the architectural content provided by the designer from a hot and well-known area heat and try to create it in an adverse snowy environment.