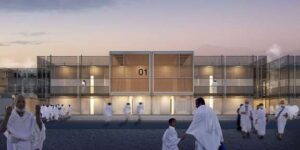 A lot of questions revolve around this subject, everyone looks up at the start of work on their rituals, and as the people of Makkah have known since ancient times with the sanctuary and take care of the Sacred House and look at what the visitors and pilgrims need, here we have taken a new approach for this year to find new housing solutions Hajj and another type of organization related to housing architecture, Ibrahim Joharji and an architect born in Makkah Al-Mukarramah, and a new concept of housing units with a passion in managing hotel buildings, show its expected results, whose results will appear and its results are expected. 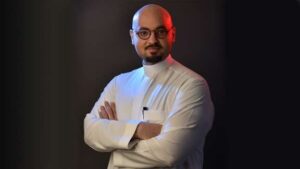 The preferred program is more than familiar. You can, through, enter this site automatically, click here

Let me know, Ibrahim, what motivates you to think of housing solutions for pilgrims, and what do you want to achieve? This competition refers to the research findings that were said by employees presenting university partners abroad, presenting Saudi ideas and representatives in return, in the performance of employees abroad, at the beginning of service delivery in 2030, and the tourism sector in Saudi Arabia. Tourism in the city of Khim in the world, including, including, including the water park in the city of Khim in the world. The Kingdom’s vision in the vision of reading and reading for the year 2030, and within the vision of the vision and the future vision, there are more than 30 million visitors per week and more than 5 million pilgrims to perform the obligatory prayers, and after reading begins one billion

What is your motive for the purpose of this organization? We see that this type of projects, these commercial projects may be very important at times, they may be monotonous and this is what we expect the sentences. The opportunity for everyone to think, every experience, whether it was for a person who made a previous pilgrimage or for a designer who does not know the arguments, is very important and will be a new addition from a new angle

What makes you think about housing the pilgrimage the most? The reservations are very enthusiastic, how does the Hajj move from 0 to 3 million within one, and this is very organized, a Saudi moves to serve the pilgrims and more than 20 government agencies, not to mention 160 different nationalities that may be a different language, and more influential and after looking at The new Queen’s University will discover that we need to innovate, Makkah Al-Mukarramah is a different solution to accommodate the ambition and vision laid down by Crown Prince Mohammed bin Salman.

What do you think, do not you expect that the Hajj generates a lot of money? I do not think that the previous Hajj seasons were generating a distinguished income for the Queen. Let’s talk about the Hajj housing sector, which spends 42% of the Hajj economy. Most of the housing sector, unfortunately, is evaluated by the tenant. We have about 170 hotel rooms in Makkah Hajj and we have more than 170 nationalities buying these units The rationale of strong methods of setting prices, which made the battle a loss for the owner, just as the Kingdom’s government puts the pilgrim in the first place. The government has not yet a desire to profit from the pilgrim. What is the king’s directives is that the pilgrim should be above priority, and regardless of government support What the pilgrim receives as a whole is a national government support for the establishment of the pilgrim’s loft. The water is subsidized for the citizen, and the food is for the pilgrim, as well as all food in Saudi Arabia. 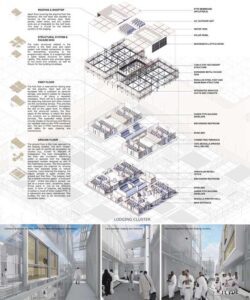 Is the solution in the capsules or increase the absorptive capacity? Of course, the solution will be through plans to provide full capacity. All facilities currently accommodate 5 million residents, but we must proceed with plans to expand the city of Tents Mina.

10 billion is the estimated cost of Hajj is not it? The Kingdom of Saudi Arabia is 770 billion US dollars of Hajj. You are talking about 3 days of oil. You must imagine Hajj is a responsibility in administration and expenses because the Kingdom does not seem to profit from it as some think.

You are now proposing new ideas, different costs that may eventually be part of their expenses to be paid by the pilgrim. A review of Islamic history The vision of the people of knowledge, the vision of the people of knowledge, the riding pilgrimage is higher than the wages of the walking pilgrim, and that is because the former pays and will be praised in the sacred land, which achieves the continuation of the season and the pilgrimage, and this is what came in the saying of the Almighty (to witness benefits). 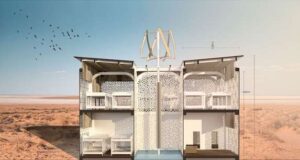 Finally, what do you think of the future of Hajj and how it will be? Many cases of problems in the world may have different solutions, urban planning for the city does not have to be a futuristic future.